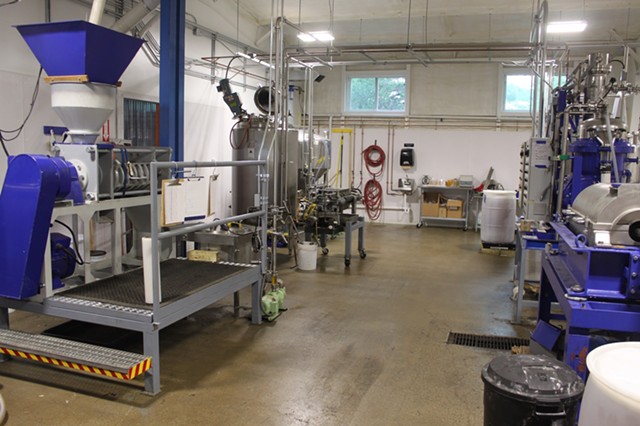 A Kentucky-based hemp company that purchased a Middlebury processing facility in 2018 has pulled out of Vermont.

Rosen said Vermont hemp growers had no interest in growing grain for his products.

“Everyone was all about CBD all throughout the Northeast, even in New York,” Rosen said, referring to cannabidiol, the hemp extract that’s exploded in popularity across the country. “We just never got the critical mass … We just ran into challenge after challenge.”

Rosen said his company expanded to Vermont after discussing a partnership with a group of farmers in the Middlebury area who later invested in the company. Rosen said those farmers promised to grow hemp grain and help him find other suppliers.

But that was nearly two years ago and since then, the siren song of CBD has only grown stronger.

Rosen had the Middlebury space up and running in spring 2018, but a slow start to the growing season and a lack of commitments from farmers forced him to import hemp grain from North Dakota and even Kentucky, where the business is headquartered. That proved “egregiously expensive,” he said, and made little financial sense for “a startup business in this super crazy space of hemp.

“While hemp is really exciting and there’s lots of money being made, on the hemp grain side of things … it’s not CBD, so the unit economics are different, and the customer base is different and the regulations are different,” Rosen said.

Things got even worse when this year’s growing season rolled around, and by July, Rosen had made the decision to pull the plug on a Vermont expansion plan. He gave each of four employees at the facility a month of severance pay and offered them jobs in Kentucky. Chris Bailey, who founded Vermont Smoke & Cure and then joined Victory Hemp as its chief operating officer, will continue to work for the company remotely, according to Rosen.

What Are Those New ‘Trees’ Being Planted in Fields Across Vermont?

What Are Those New ‘Trees’ Being Planted in Fields Across Vermont?

“At the end of the day, it’s just market economics,” he said of the closure.

Rosen’s observations about Vermont’s hemp market were perhaps too on the nose. His former facility is now occupied by Northeast Hemp Commodities, a farming and processing company that extracts — what else? — CBD.

Rye Matthews, the company’s chief technology officer, said they’ll use the space for production and plan eventually to open a small retail shop there, too.