Thank you for subscribing to the POLITICO Pro Cannabis preview newsletter; your free access ends on Sept. 30, 2019. To continue to receive POLITICO Pro Cannabis content, as well as gain access to subscriber-only features such as alerts and events, please complete this short form and a member of our team will be in touch shortly.

— After weeks of speculation, the House has a vote for the cannabis banking bill on the schedule.

— Senate Majority Leader Mitch McConnell recently took action that could hinder the FDA from cracking down on CBD products. But some observers worry that the rapidly growing, unregulated industry is a threat to public safety.

— Adults with medical conditions are more likely to use marijuana than healthy adults in the U.S. Researchers at the Nebraska Medical Center, Omaha surveyed 170,000 people to learn more about patterns of marijuana use.

A message from the National Cannabis Roundtable:

IT’S MONDAY, SEPTEMBER 23. WELCOME TO POLITICO’S DAILY CANNABIS NEWSLETTER. This week is a big one: the first ever House vote on a standalone marijuana bill will happen this week. Be sure to keep sending us cannabis news, tips or feedback — to nfertig@politico.com or on twitter at @natsfert. And follow us on Twitter: @POLITICOPro. Read about our mission in our inaugural issue.

A STAND-ALONE MARIJUANA BILL WILL REACH A VOTE ON THE HOUSE FLOOR FOR THE FIRST TIME — The House is expected to vote Wednesday on banking legislation intended to help banks serve businesses in the marijuana industry. Marijuana legislation has passed through Congress before as an amendment, but no standalone bill has ever reached a vote on the House floor. So yes, we can probably use the word “historic” about this vote.

The vote will be under suspension of the rules — a procedure reserved for bills with at least a two-thirds majority support. If rules are suspended on the bill, there will be only 40 minutes of discussion and no amendments allowed. Lawmakers and lobbyists whipping votes told POLITICO they felt confident they have the votes.

“I think we’ll have — we could have 300 votes. There’s overwhelming support for it,” Rep. told Natalie on Thursday.

COULD MCCONNELL’S MOVE TO PROTECT CBD PRODUCTS BACKFIRE? — Senate Majority Leader Mitch McConnell last week added language to the agriculture appropriations bill that calls for FDA not to crack down on CBD companies while it determines how the rapidly growing market should be regulated.

Specifically, the language calls for FDA to issue an “enforcement discretion” policy within 120 days of the appropriations bill being enacted. Right now, it’s just a proposal — and the appropriations process could run completely off the rails — but some CBD industry advocates hailed it as a significant development given that it came from McConnell. The Kentucky Republican has been championed the legalization of hemp under the 2018 farm bill as a major boon to his home state economy.

Jessica Wasserman, an attorney at Greenspoon Marder with expertise in regulatory issues, said it would provide some assurance to companies that the FDA isn’t going to suddenly start seizing CBD products, which it views as illegal if used in food or dietary supplements. “You’ve got 1,000-plus CBD companies out there selling a lot of CBD,” Wasserman said. “But FDA’s position is that it’s illegal.”

However, some industry observers are worried that the lack of regulatory oversight of the burgeoning market is a ticking time bomb. Daniel Fabricant, CEO of the Natural Products Association, said McConnell’s move is a misguided effort to protect the industry. “If someone gets hurt, then the hemp farmers aren’t going to be able to sell any hemp,” said Fabricant, a former head of the FDA’s dietary supplement division. “I think it’s a huge miscalculation.”

— “I’ve been working on the issue since Massachusetts legalized and introduced both medicinal and recreational [marijuana],” Pressley told Natalie late last week. “I’ve been focused on equitable access both in medicinal needs. … So that’s consistent with my work on the Boston City Council.”

ADULTS WITH MEDICAL CONDITIONS USE MORE MARIJUANA — A new JAMA Network Open study found that adults with a medical condition are more likely to use marijuana than adults without one. The only exception to this was adults over the age of 65. Researchers at the Nebraska Medical Center, Omaha, surveyed nearly 170,000 adults. Nearly 55 percent of respondents with medical conditions reported using marijuana for recreational purposes. About 45 percent reported using marijuana for medical purposes only. But there was some overlap between the two groups: Just over 18 percent said they used marijuana for both medical and nonmedical reasons.

Why do researchers care? Marijuana research has lagged behind legalization efforts. Few studies have looked into the patterns of adult marijuana use among those who do and don’t have medical conditions. Meanwhile, medical marijuana programs in 33 states allow patients to use the substance for a variety of conditions, including cancer and chronic pain. Gaining knowledge about the patterns of marijuana use among different types of patients can help clinicians and policymakers alike, wrote the researchers. 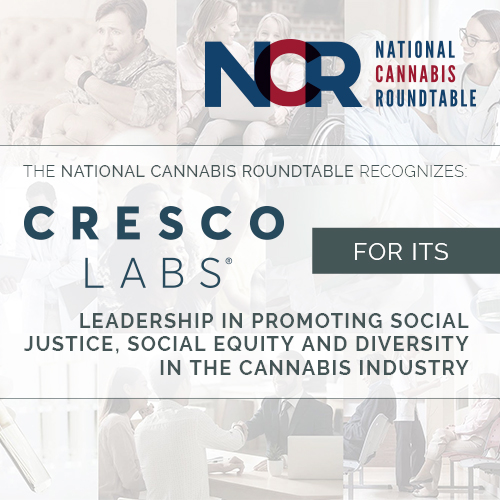 Patrick Vo resigned his post as CEO for seed-to-sale software company BioTrackTHC after more than seven years on the job. It’s unclear who will replace him.

RELATED  Will Olivia Alexander become the queen of CBD?

Nick Sarnicola has taken the helm of Oregon marijuana company Cura Cannabis, the Oregonian reports. He was previously the CEO and founder of ViSalus, a supplement marketing company that has been dogged for years with controversies and legal trouble. Cura’s former CEO Nitin Khanna stepped down last year over sexual assault allegations.

QUESTIONS ABOUT CALIFORNIA’S CRACKDOWN — California cannabis industry leaders are skeptical that Gov. Gavin Newsom’s planned crackdown on illegal and counterfeit vaping products will do much to stop the problem of unregulated items, which they say continue to undermine the nascent legal market. Newsom’s plans are part of an executive order announced last week in response to hundreds of illnesses and several deaths across the nation related to vaping, particularly among youths. The governor is targeting both tobacco and cannabis-related items, POLITICO’s Alex Nieves reports. But industry leaders say that potentially dangerous products will continue to flood the market unless more communities open their doors to legal shops that are regulated by state and local officials.

HEALTH OFFICIALS (AGAIN) URGE NEW YORKERS TO STOP VAPING — New York Health Commissioner Howard Zucker reissued a warning about vaping after the number of known vaping-related illnesses in the state climbed to 81, POLITICO’s Shannon Young reports. Most of the cases are tied to black-market cannabis products. Medical marijuana patients in the state “should know that the medical marijuana program is very closely monitored, and we have not found a problem with it,” Zucker said.

The Cannabis Trade Federation has been pushing the STATES Act, H.R. 2093, which would allow state-legal marijuana markets to operate without fear of federal punishment. The industry group also retains Brownstein Hyatt Farber Schreck, the Raben Group and VS Strategies.

Boom times for cannabis lobbying: The Cannabis Trade Federation is not alone in turning to K Street firms to help push its agenda on Capitol Hill. Another trade group, the National Cannabis Roundtable, retains the Liaison Group and Squire Patton Boggs. And a third group, the Global Alliance for Cannabis Commerce, retains K&L Gates.

U.K. LAWMAKERS, EXPERTS CALL FOR MEDICAL CANNABIS ACCESS — Three drug experts and a member of the House of Lords have penned a letter asking the health secretary to relax restrictions on medical cannabis. The country’s medical cannabis program has been criticized for being out of reach to patients, unless they are able to afford the high costs of private clinics. Meanwhile, more than 100 members of Parliament wrote a letter to Prime Minister Boris Johnson, asking him to “intervene urgently on behalf of vulnerable families.”

A FIRST FOR MARIJUANA IN SOUTHEAST ASIA — Thailand’s deputy prime minister planted the first sprout at a medical cannabis production facility at Maejo University. The greenhouse is home to 12,000 young cannabis plants and is believed to be the largest industrial medical marijuana facility in the region. Senior government officials took part in a special planting ceremony on Saturday.

WHERE EVERYBODY WANTS TO BE A CANNABIS FARMER — There’s a plan to turn the former Yugoslav republic now called North Macedonia into a nation of cannabis farmers, Bloomberg reports.

A message from the National Cannabis Roundtable:

The cannabis boom in America is real and growing. A diverse group of patients, veterans, bankers, law enforcement officers and many others supporting cannabis reform demonstrates a fundamental shift in our culture. 93 percent of Americans support cannabis marijuana reform and a strong majority support adult use. There are billions of dollars in new tax revenues on the line. There is the promise of almost a million jobs. New medical research gives hope to suffering patients. It’s vital that politicians respond to the overwhelming public sentiment for cannabis reform. The National Cannabis Roundtable seeks to educate policymakers and advocate for legislative change at the federal level and unlock the potential of this dynamic new industry. Learn more at https://nationalcannabisroundtable.org/

— The medical marijuana industry in Missouri is facing the “immaculate conception” problem: Importing cannabis seeds into the state is illegal but needed to start the first legal crops.

— Marijuana magazines are struggling as High Times postponed its IPO yet again and Canada-based Civilized reportedly laid off most of its editorial staff.

— The first legal cannabis restaurant in the U.S. opens its doors next month. Lowell Cafe in Los Angeles hopes to destigmatize marijuana use and advance efforts to allow social marijuana use.

This article tagged under: