One of the most interesting things about returning home to Canada for the first time in over a year was a tantalising legal landscape concerning marijuana.

On October 17 last year, Canada became the first major industrialised nation to fully legalise marijuana for recreational purposes, and I can safely say the country did not implode, or turn into a cesspool of drugs, laziness and daily trips to the supermarket for various flavoured chips like many predicted. Life, for the most part, remained largely unchanged.

On top of this, my hometown of Kamloops, British Columbia, also opened the first government-run store in the province. Since it launched in October, it has seen a heavy stream of clientele and I found myself hitting up the spot on more than one occasion to get some pot.

The BC Cannabis Store offers everything marijuana-related, from dry flowers, pre-rolled joints, bottles, drops and capsules, all with rather robust information on what you’re about to smoke, vape or ingest. Aside from some campfire-flavoured dried flower, I got my hands on a product I was keen to try for workout recovery – CBD oil, which is being highly touted by many athletes as a great way to recover from workouts. 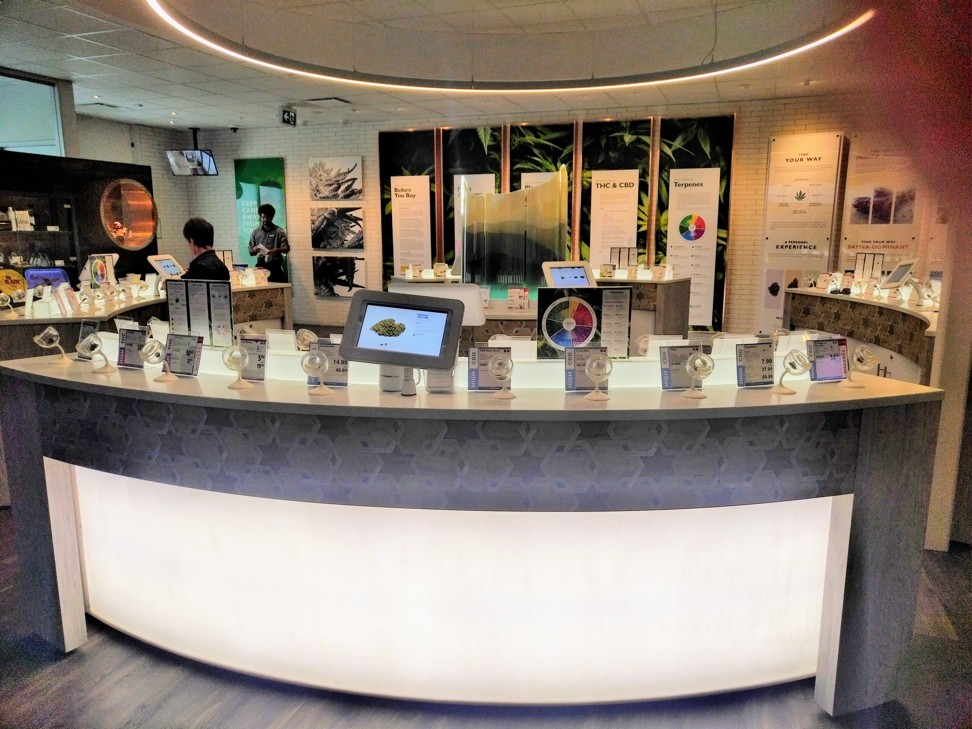 While studies on CBD oil are scattered, given it’s still illegal in most nations (technically it’s actually legal here in Hong Kong), I decided to dive right in and make myself a marijuana guinea pig. Of course, I tried various marijuana products, but I’d never actually tried legal CBD oil, and was eager to see what all the fuss was about.

CBD, which stands for cannabidiol, is the second most common active ingredients in cannabis (more commonly known as marijuana). Unlike THC (Tetrahydrocannabinol), CBD does not have any psychoactive effects, or to put it more bluntly, it doesn’t get you high. CBD oil has been shown to have some substantial effects, backed by legitimate medical studies, on a variety of ailments including seizures in children, anxiety, insomnia and chronic pain. 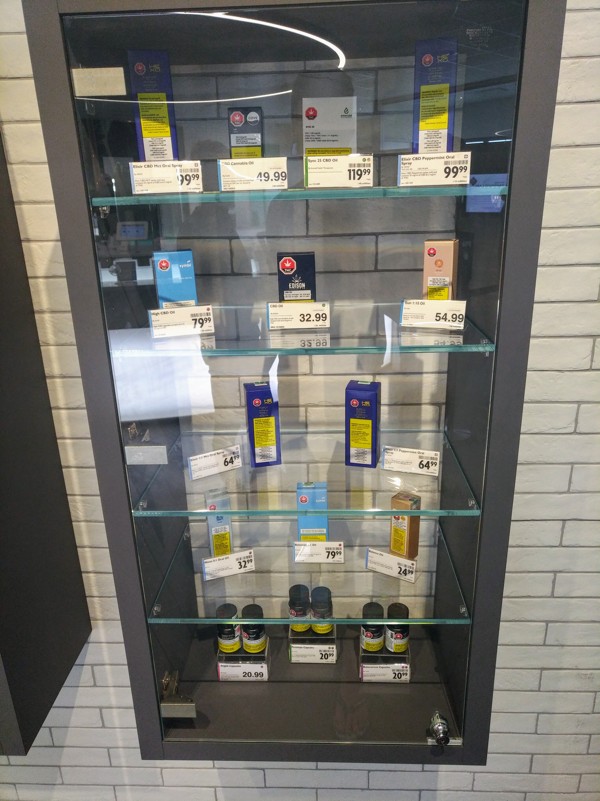 The “cannabis consultant” who helped me at the BC Cannabis Store was quite knowledgeable and far from a stereotypical stoner. However, she was bound by what she could tell me concerning the potential effects of CBD oil and what I could treat with it, given legal limitations. Basically, all she could say is that CBD oil is being studied for potential therapeutic uses and that CBD oil could block or lower the effects of THC.

Undeterred, I bought some oral CBD oil made by one of the country’s 223 officially licensed cultivators, processors and sellers. On advice of the consultant I started with a product that had 10.1mg/ml (milligrams per millilitre) of CBD and 0.70mg/ml of THC. This cost about HK$230 for a 25ml bottle.

After heading out for a 90-minute run at a quick pace through the hills of Kamloops, I headed home and took 10mls, about two teaspoons full. Knowing I wasn’t about to get smacked in the face by a wormhole-inducing joint packed with THC, I quickly forgot about taking the CBD oil and settled in for a night of Netflix on a reclining chair. 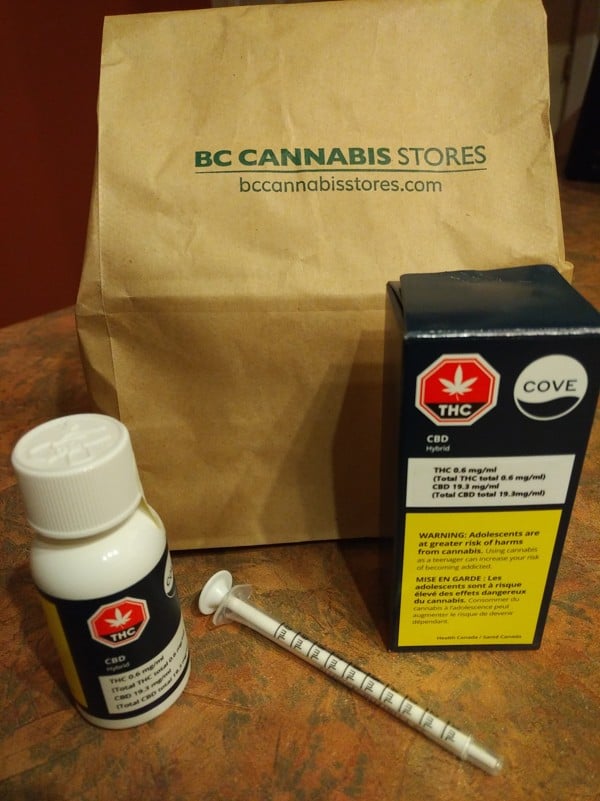 After about half an hour I started to feel the effects, a very subtle wave of relaxation. My body felt like it was smoothing out along my joints and bones, as if I’d popped half a painkiller and had a glass of wine. I headed off to bed with a smile on my face and had one of the deepest sleeps I’ve had in years. I woke feeling refreshed, and there was a noticeable lack of soreness in my legs.

The following night, after a high-tempo run with lots of sprint, I doubled my dose – and something different happened. I didn’t get nearly as strong a sense or euphoria or relaxation, but I still felt pretty good for the rest of the evening and had another amazing sleep.

The bottle lasted me about a week and a half and I headed back to the store and bought a double dose (CBD 19.3mg/ml and THC 0.6mg/ml). Once again, the first time I took it, it produced a noticeable wave of relaxation, but as my body seemed to adjust to it, no matter how much I took (which was half the bottle on an empty stomach one night in an experiment), the euphoric effects were minimal. Once again, my sleeps were amazing and I generally felt like my anxiety level decreased slightly, while my muscles weren’t nearly as sore after long or taxing runs. 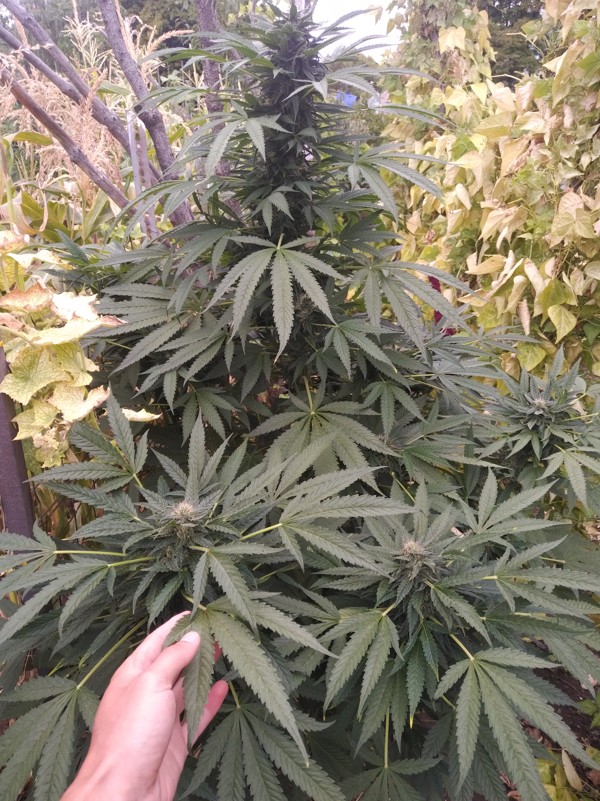 While it seems nowhere near a magic pill, I definitely felt some benefit from taking CBD oil when it came to aiding workout recovery. CBD oil relaxed me, helped me sleep better and decreased soreness. However, the most compelling thing was that there were no withdrawal symptoms when I stopped taking it, although I did have a nightly urge to head out for a strawberry cheesecake blizzard. The most commonly noted side effects found in medical studies (nausea, fatigue and irritability) were slim to none, and I found I could still function like a normal human being: drive a car, have a conversation and complete complex tasks.

Given my personal, completely anecdotal experience, I can’t see any reason why CBD oil shouldn’t be seen as a great alternative to pharmaceutical painkillers, and further studied for its various other potential benefits. While it isn’t cheap, its lack of side effects, natural composition and subtle impact on the body and mind make it a pretty alluring substance. What’s not to like?

Alas, while the stigma around all things marijuana is slowly melting away in various nations, the legality of it remains a cumbersome burden to what could potentially be a cannabis promised land of medical breakthroughs all over the planet. Until then, I’ll just head home to the land of legal weed for my fix.