CBD products and medical marijuana are not allowed on Pepperdine’s campus, despite the fact that cannabis products derived from hemp are legal at both a state and federal level.

The state of California passed the Adult Use of Marijuana Act in 2016, which opened the doors for the legal growing, distribution and use of marijuana in California. Until recently, federal law dictated that all forms of marijuana were illegal. With the passage of the 2018 Farm Bill, which federally legalized certain types of marijuana derived from hemp, conflicts have arisen that are problematic for institutions — such as Pepperdine University — throughout the country.

“Because Pepperdine receives federal funding, we have to follow federal law,” Associate Dean of Students Sharon Beard said. “While some forms of CBD are legal, we don’t want it to be confusing for our students. We believe that it is simpler and more straightforward to just not allow any CBD to avoid issues with federal funding.”

Pepperdine receives funding from the federal government and therefore must comply with the Drug-Free Schools and Communities Act of 1989. To adhere to the act, schools must not recognize any forms of illegal drugs on campus. The 2018 Farm Bill brings the federal legality of CBD into question.

A November 2017 report by the World Health Organization’s Expert Committee on Drug Dependence defines CBD, or cannabidiol, as “one of the naturally occurring cannabinoids found in cannabis plants.” The report differentiates CBD from THC (another cannabinoid prevalent in marijuana) by saying that THC is the main psychoactive ingredient in marijuana, where as CBD is not psychoactive.

“CBD is generally well-tolerated with a good safety profile,” the report concluded. “Reported adverse effects may be as a result of drug-drug interactions between CBD and patients’ existing medications.”

Maura Page, director of Housing and Residence Life at Pepperdine, wrote in an email, “The residence life staff is trained to know the policies on campus, including the policy on Alcohol and Other Drugs.”

On page 22 of the Pepperdine Student Handbook, part eight of the section titled “Regulations and Sanctions Regarding Alcohol and Other Drugs,” details the following:

“The possession or presence of any amount of a controlled substance, as defined by federal law (which includes marijuana and related products, including CBD) is prohibited on or off campus.”

Beard said if the university were to allow the legal forms of CBD on campus, there would be potential complications.

“We don’t want to be in the business of having to make a distinction between the two, since it does cause some confusion,” Beard said. 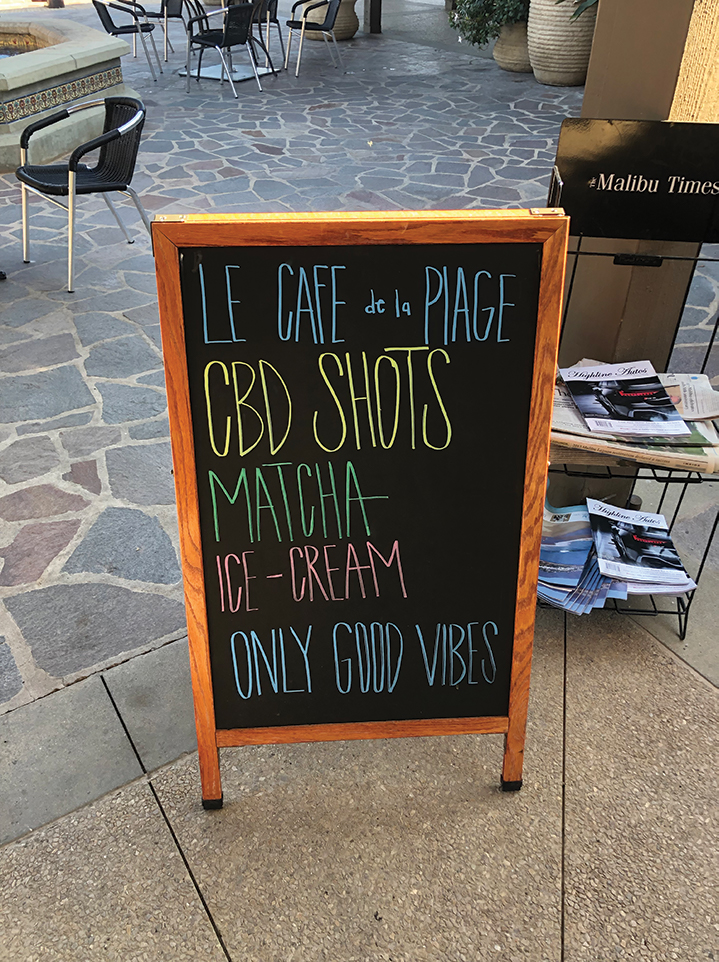 Beard added that the university is still looking into the research of marijuana to see if there can be parallels between their marijuana policy and their alcohol policy.

“We’re really trying to see if it’s ever going to be possible for someone to use marijuana responsibly, similar to how students can drink off campus as long as they’re not becoming intoxicated,” Beard said. “We haven’t seen the research on someone using marijuana without becoming high, though.”

RELATED  Casper has created CBD gummies in partnership with Plus – TechCrunch

However, the World Health Organization report concludes that users of CBD do not get high.

“To date, there is no substantive evidence as to whether CBD [or hemp-derived medical marijuana] is likely to cause THC-like psychoactive effects,” the report states.

Robert Mikos, a professor of law at Vanderbilt University, wrote a widely-used textbook on Marijuana law entitled “Marijuana Law, Policy, and Authority,” in 2017. There is a section in the book dedicated to the regulation of marijuana on school campuses.

Mikos affirmed the university’s interpretation of the law.

However, Mikos said when it comes to enforcement, the federal government typically defers to state law.

Despite this, Miko said Pepperdine’s stance on CBD and medicinal marijuana is the status quo at universities around the country.

“Pepperdine is not unusual,” Mikos said. “I can’t think of a single college right now that will accommodate medical marijuana [or CBD] and will let students or faculty or staff possess and use the drug on campus, even if state laws allow it.”

Mikos said that the Drug-Free Schools and Communities Act of 1989 is part of a larger act, unironically called the Higher Education Act.