CBD Drinks Delivered to Your Door With Deliveroo

Londoners can now get CBD delivered straight to their door within 45 minutes! CBD drinks company Botanic Labs has teamed up with Deliveroo’s dispensary platform to bring their flavoured beverages to the food delivery market.

The partnership saw the company’s various drinks take to the platform in September. Customers who order from the Deliveroo site can order individual cans, four-packs, or eight-packs.

Botanic Labs and Deliveroo currently offer the company’s CBD drink, ‘Dutch Courage’, alongside their other botanical drink options. Each 250ml can of ‘Dutch Courage contains 5mg of full-spectrum” cannabidiol, sour cherry, and hibiscus.

Botanic Labs is a London start-up company, founded by Rebekah Hall in 2018. Despite CBD not being the company’s sole aim in the drinks industry, Botanic Labs claims to be the first UK company to incorporate the ingredient into a beverage.

In an interview, Rebehak Hall said:

“Last year we launched a ground-breaking drink incorporating one of the most talked-about and culturally significant ingredients of all time – the UK’s first CDB drink.”

Following the release of Botanic Labs’ CBD-infused soft drink, many more UK companies have flooded to incorporate the Cannabis derivative. Many drinks companies are even establishing their whole product line-up employing the ingredient.

Some of the other CBD drink releases in the UK are MUHU CBD-infused gin; Green Monkey CBD drink (which has become an official sponsor of Birmingham City FC); and  The Leaf Life CBD soft drinks.

The Director of Heath at Deliveroo, Tom Peters, said:

“Innovation is at our core and we are constantly looking for ways of bringing new, exciting and healthier brands in the food and drink industry to our customers. We’re excited to partner with the pioneering team at Botanic Lab and lauch a CBD on-demand service.”

The ‘Dutch Courage” will be available to several areas of the capital, delivered from a number of dispensaries. 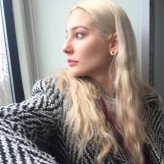 Emily Ledger is a news and feature writer, currently focusing on the cannabis, hemp, and CBD industries, through the news portal – The Cannabis exchange (Canex). Having studied Journalism at Sheffield Hallam University, Emily specialises in Feature and Magazine Writing. Following Graduation, she volunteered as both a Content Creator and Layout Designer.